There was major buzz this weekend at the Denver Film Festival & Food Truck Rally for 22-year-old independent filmmaker Jarl Ponsford’s coming-of-age opus, Self-Slaughter Salvation. The film was shot entirely on Ponsford’s cellphone with little to no budget, equipment, or talent, and boy does it show.

Self-Slaughter Salvation, which tells the story of Carl, a young man who throws off the shackles of his suburban Colorado privilege to discover the real America, is being lauded for its stark, yet pixelated, depiction of American youth culture. Moviegoers are having to leave the theater sick to their stomachs, not because of the content, but because the crew couldn’t afford a tripod. 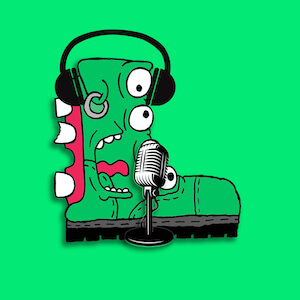 One memorable scene is completely devoid of dialogue, although I don’t know if that was intentional. There are people talking but you can’t hear anything but wind blowing in the microphone and a rather vocal blue jay in a nearby tree. Watching the film it becomes abundantly obvious that a bulk of the budget went to paying the lead actress to get naked a gratuitous amount of times.

Another scene is shot in the vertical aspect ratio, which Ponsford stated in a Q&A after the screening, was a mistake but now he calls it a metaphor for loss of innocence. There is one particularly powerful moment where Carl just stands in the middle of a street holding a lit roman candle for no particular reason. At least, I think that is what was happening, they left the auto-focus on so it kept going fuzzy. Maybe they did that on purpose? Is it symbolism?

Related: These Donnie Darko Fan Theories Won’t Change the Fact that You’re 30 and Need to Get Your Shit Together

Ponsford also saved money on talent by casting himself as the young Carl. While he has no discernible acting talent whatsoever, his raw, unfiltered performance left the audience wondering, “Was there no time for a second take?” The writer/director/producer/editor/star also cast friends and family whose acting ability ranges from passable to looking directly into the camera.

Would it be going too far to say that Self-Slaughter Salvation is the beginning of an American Neorealism movement and is on par with such films as Bicycle Thieves, Tokyo Story, and The 400 Blows? Yes, most definitely.

Miramax and The Weinstein Company are rumored to be in a bidding war for the distribution rights.